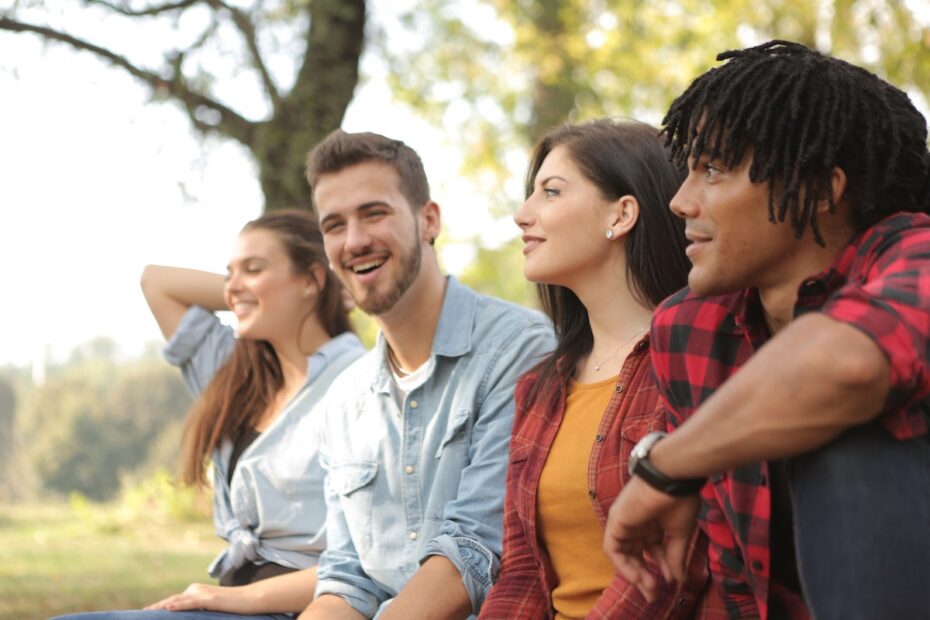 I first become a manager because my Danish colleague, the most senior, most talented, and next-in-line guy in the our sales team got too impatient waiting for his promotion. I was also looking for a way out of my current role but he was faster and found a role outside of the organisation.

When he had left the next rung on the ladder become free and I was asked to step-up.

By stepping into a management role my career quickly took off and I had the opportunity to build a team up from 8 to 65 people. This experience, in the coolest IT-company at the time, set me up for further career steps and allowed me to build a comfortable life.

My step into management and the workload that came with it also contributed to my burn-out in 2006 which took years to recover from.

And the burn-out set me out on an inner journey ten years earlier than most begin wrestling with the big questions around meaning and identity and it brought me to seeking answers in Buddhism.

I’ve wondered where I’d been now if my Danish colleague had been a little more patient?

One of the most fundamental concepts in Buddhism is interdependent co-arising, pratītyasamutpāda in Sanskrit and paṭiccasamuppāda in Pali.

It goes back to the earliest Buddhist texts, the Pali cannon, specifically the Mahanidana Sutta: The Great Causes Discourse.

And while this is a neat phrase it’s rather abstract and doesn’t leave anybody much wiser. Let’s look at what this actually means.

Thich Nhat Hanh, Zen buddhist teacher, explains in this book The Heart of the Buddhist Teachings:

“For a table to exist we need wood, a carpenter, time, skilfulness, and many other causes. And each of these causes needs other causes to be. The wood needs the forest, the sunshine, the rain, and so on. The carpenter needs his parents, breakfast, fresh air, and so on. And each of those things in turn has to be brought about by other conditions. If we continue to look in this way we’ll see that nothing has been left out. Everything in the cosmos has come together to bring us this table. Looking deeply at the sunshine, the leaves of the tree, and the clouds, we can see the table. The one can be seen in the all, and the all can be seen in the one.”

The carpenter has acquired skills on his path through life. A baby cannot make a table. The carpenter has been nudged by events to make the choices to eventually become a carpenter interested in making tables.

This leads us to the concept of Oneness. An ideas often discussed in the context of Buddhism, but is actually a misinterpretation of Buddha’s meaning of interdependent co-arising.

A brahman once asked him: “Is everything a Oneness? Is everything a Plurality?” The Buddha replied that both views are extremes to be avoided (Samyutta Nikaya 12.48).

Buddha says that we are related not by who we inherently are but by what we choose to do.

Karma is about cause and effect, not fatalism

“Choose to do” introduces the concept of karma, another idea widely misunderstood in Western pop Buddhism.

It has taken a fatalistic meaning and people say things like “It’s my karma” and resign to some bad event.

We say “He/She has a lot of bad karma” or “Karma will get him/her!” and imagine that some cosmic karma-account will be balanced and judgement passed at some future point.

These sayings have seeds of truth but there’s nothing supernatural about karma.

The original meaning of the word is simply deed, act or action and it points to that we determine our destinies through the quality of our actions.

Every action has an effect, no effect can arise without a preceding action.

Through our actions are we interdependent.

How is interdependent co-arising relevant in our lives?

By recognising interdependent co-arising we avoid arrogance, we become humble, we come to realise that the reason we are here and now is not because of our own making. We plant seeds with our actions and as the Christian’s put it, “we reap what we sow”.

A starting point for reflection may be right now. A multitude of causes have led you here reading a text on interdependent co-arising.

Your parents planted seeds in you that has taken you on a unique path of ups and downs. You’ve experienced happiness and sorrow, and the monotonous trudge in between, you’ve pondered the big questions in life, and somewhere on this path you developed an interest in philosophy and wisdom.

Events have nudged you and you’ve made choices to get to this moment. Some of those choices were many years ago and others only minutes ago.

Furthermore, in the device you are reading from you can see the entire earth. Each little component of the device has arisen interdependently. The metals formed eons ago, the workers in the mine, the truck driver who brought metal to the factory, the designers of the device, and on it goes.

Here you are, in this very moment, still reading and curious about a core Buddhist concept.

What is effect of you reading this?

By recognising the conditions that give rise and support this very moment we shift our perspective from seeing ourselves and others as sovereign, autonomous entities, to recognising we are all borne from the human substrate and interdependent through our actions.

This is the perspective from which we change our little corner of the world, and with that the entire world, for the better, one little action at a time.